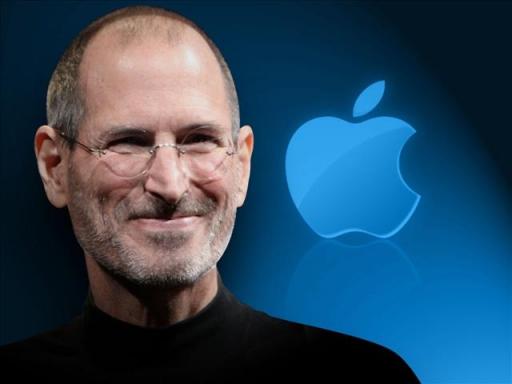 Before we get going here I just want to run something by all you readers:

Q. “Therapy Bee Colony Collapse Disorder May Lead To Cascading Failure Of Democracy And Maybe Even Civilization As We Know It.”  Fake News or Real News?

Q. “Daytime Headlight and Tailight Use Prevents Traffic Accidents And Saves Lives And Should Be Mandatory And Enforced.”  Fake News or Real News?

I made up the bee thing, but that other thing is an actual rant that I found inscribed on -of all things – a toilet paper dispenser in a public washroom.  I swear on a Charmin Mega Roll pack that I am not making this up.  I even wrote some notes about the rant in a little book I keep with me, before I left the stall. 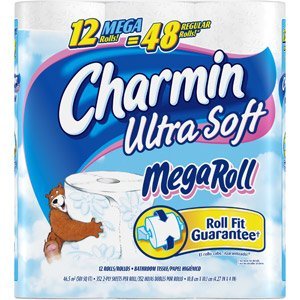 The thing about that rant is that I also took a picture of it with my phone as I silently intoned the words: “Thanks Steve.”  Actually, I didn’t intone those words.  That would have been just plain weird.  I’ll show you the picture of the dispenser in a minute but my point here is that this whole thing is a great example of the profound impact that technology has had on our lives.

Since Steve Jobs woke up one morning and insisted on shrinking the optics for a camera down to the point where he could stick it (the camera) on a phone, we now have several generations of people spending between 97 to 99% of their waking hours taking pictures of themselves, exchanging them (the pictures) with friends, strangers and probably advanced beings from other planets for all  I know, and also occasionally committing heinous violations of basic rules of grammar such as “Composeth  not, the run-on sentence.”

Whew!  That was a long sentence in case you didn’t notice.  But I’ll bet E.B. White noticed.  I’ll bet he’s rolling  over in his grave as I type, along with Ayn Rand, who by the way, is hardly one to talk since she probably penned the longest soliloquy known to Mankind.  (It was John Galt’s 80-page speech in Atlas Shrugged.)  Hamlet had nothing on her.  I mean it.

But meanwhile back at the rant (!), here’s the picture I took:

Now don’t get me wrong. This is a great sentiment as far as sentiments go, and clearly this is a deeply concerned individual who happens to carry a Sharpie marker at all times and also appreciates the value of a captive audience.  I’m still grappling with the placement of the hyphens though, not to mention all those capitals. Plus  I think Tailight is misspelled.  I feel like the spelling is either “tail-lights” or maybe it’s two words “tail light”, but I’m not sure.  Let me go check…

The first thing that popped into my mind after I read that cautionary inscription was a  picture of the International Space Station, serenely rotating through space as it orbited the Earth majestically.  And once every rotation, somewhere on the body of the thing, this message would roll into view, no doubt written by advanced beings from other planets who were lured here by Snap Chat:

“Running lights OFF, Earth. You’re wasting a shit-ton of electricity.” 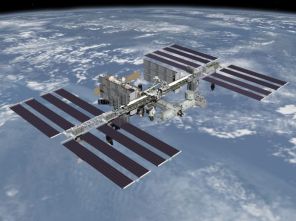 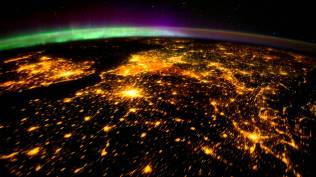 And finally, here’s a picture of the notes I wrote when I saw the sobering toilet paper dispenser.   I took the picture with my phone, of course. 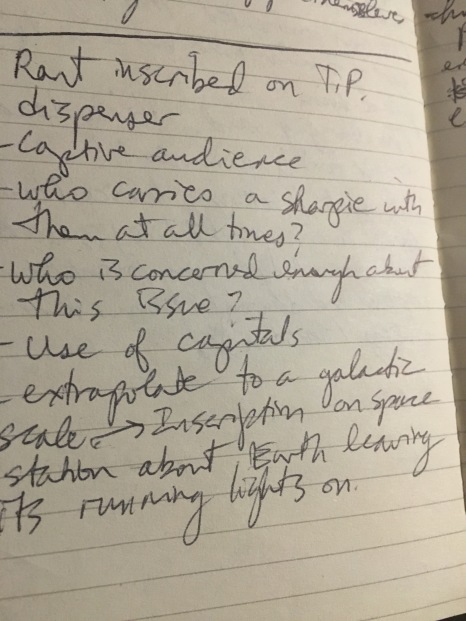 Next column: The Worst Sound In The World