I know, I know.  Every columnist on earth has written about the differences between men and women, but I still feel the need to dip my oar into this particular literary pond.  But don’t blame me; blame Downton Abbey.

Alert readers (all three of you) will recall that awhile ago, I ditched my office chair and started standing up at work.  This catapulted me into watching House of Cards Season III every night when I came home, in order to  recover  from standing all the time.  This foray into standing all day was followed by working on a treadmill all day but then I had to watch Season III of Nashville every night to recover from walking all the time.  I’m still walking on that treadmill, but a few weeks ago I was faced with the problem of how to maintain my recovery strategy once Nashville Season III ended.  (Damned Netflix!)

Happily, Signals catalogue came to the rescue.  Over the past several years, every time I leafed through Signals catalogue I would see all this Downton Abbey paraphernalia such as T-shirts, snuff boxes, Keep Calm and Get a PhD in Neuroanatomy coffee mugs, and gold-embossed toilet paper. I kept thinking to myself: “What’s up with all this Downton Abbey paraphernalia?”  So finally, out of sheer curiosity, my wife and I started watching Downton Abbey every night, which is probably why this column is overdue.

For those of you who just emerged after 62 years in an underground nuclear fallout shelter, Downton Abbey is an award-winning British television series which chronicles the saga of the nobility and the servants thereof, who inhabit a gigantic English manor house called Downton Abbey.  The series starts circa 1912 but I don’t know when it ends because Netflix only goes up to Season IV.

Now my point in all this is that back in 1912, especially in England, men and women were still regarded as fundamentally different species, with drastically different proclivities, voting rights and sleeping quarters.  So in order to get to the bottom of this polarization, researchers at that time started peering at human brains (after the owners died) in order to decipher whether any of it had to do with brain structure.

Speaking of brains, I can’t resist putting this in:

ATTORNEY:   Doctor, before you performed the autopsy, did you check for a pulse?

ATTORNEY:   Did you check for blood pressure?

ATTORNEY:   Did you check for breathing?

ATTORNEY:   So, then it is possible that the patient was alive when you began the autopsy?

ATTORNEY:   How can you be so sure, Doctor?

WITNESS:      Because his brain was sitting on my desk in a jar.

ATTORNEY:   But could the patient have still been alive, nevertheless?

WITNESS:      Yes, it is possible that he could have been alive and practicing law.
Where was I?  Well, as we all know, the brain has two halves or hemispheres.  The right hemisphere, conveniently located in the right side of your skull, is more concerned with verbal skills and intuition, e.g. the right brain might think to itself: “I have a hunch that my lawyer speaks Norwegian.” The left hemisphere, cozily ensconced in the left side of your skull, has more to do with logical thinking, but also football, so the left brain might think to itself: “I just can’t deduce, why in Heaven’s name, the Patriots underinflated all those footballs in the AFC Championship game.”

In addition to the “upstairs” brain in your head, some people including Michael Gershon MD think that the enteric nervous system or ENS, a collection of nervous tissue conveniently located in your midsection, qualifies as a sort of “downstairs” brain.  By the way, this has nothing to do with that other British TV series called “Upstairs Downstairs” which also dealt with the goings-on between British nobility and their servants.    I guess this just goes to show you that there’s nothing new under the stairs, so to speak.

I don’t have a lot of space here to get into it, but the enteric nervous system is thought to be responsible for helping the colonic flora (aka microbiome) decide whether or not to have a second helping of dessert, and the ENS helps decide whether the 16-mega-roll Chamomile-scented pack of Charmin toilet paper is a better deal than the 48-roll pack of unscented steerage-class toilet paper.  I guess it all depends on whether or not you like Chamomile and possibly whether or not you’re out of sandpaper. 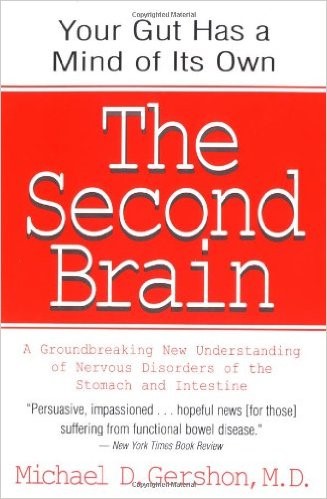 But let’s get back to when researchers started peering at the “upstairs” brain in earnest.  A  long  time ago, somebody decided that it was probably a good idea if information could pass efficiently between the right and left halves of the brain, so the corpus callosum was invented.  The corpus callosum (Latin for “tough body”) is a tough, wide, flat bundle or body of nerve fibres (several hundred million if you’re counting) which connects the two hemispheres, sort of like an I-80 for nerve impulses.  I-80 is actually a great choice for a simile because it runs East-West across the United States.  (All East-West interstates end in even numbers whereas all North-South interstates end in odd numbers, in case you were wondering.  Speaking strictly on my own behalf, I would really like to know who decides these things.)

After a bit of peering at brains, these researchers managed to convince themselves that the corpus callosum in women is bigger than the corpus callosum in people who aren’t women.  So for decades the corpus callosum shouldered a lot of the blame for silly stereotypes such as how women are supposedly better at multi-tasking, communicating with other human beings, and devising ever more complicated schemes for sorting laundry, whereas men are supposedly better at giving intense focus to tasks like fixing the adaptive optics on the Gemini Planet Imager telescope out in the Atacamba desert in Chile.  (That is, when they aren’t hiding out in their man-caves, thinking about nothing in particular, especially not how they feel.)

In 1992 the noted astronomer John Gray PhD wrote an entire book about male-female behaviour differences and their relationship to brain structure entitled “Men Are From Mars, Women Are From Venus.” This book generated a storm of interest, and even spawned a line of MarsVenus dietary supplements.  Then in 1997, Dave Barry PhD, a Pulitzer Prize-winning journalist, astronomer and musician wrote a book entitled “Dave Barry is From Mars And Venus.”  He did not, to my knowledge, develop a line of dietary supplements, but you never know.

Unfortunately, we will probably have to wait until the Mars Mission slated for sometime in the 2030’s to figure out exactly who is from what planet, but meanwhile, we’re starting to get a better grip on our neuroanatomy.

The results of recent well-designed research, involving detailed magnetic resonance imaging of the brains of large numbers of (living) males and females of all ages is taking some heat off the corpus callosum.  Turns out there are definite gender differences in the shape of the darned thing but these differences may not mean a whole lot.  Instead we’re starting to look at general brain wiring patterns: how much traffic is on I-80 (left-to-right) and how much is on I-75 (front to back if you’re facing north), regardless of gender.  Turns out we’re all different: some people have more cross-brain wiring and some people are wired for more communication within each hemisphere.  Any given man or woman can have a unique blend of both “wiring diagrams” which may have more to do with early experience, genetics and what sign of the Zodiac you were born under.  (I may have made this last bit up.)

I could go on at length here, but I’m tired of writing about this topic, and even if I wasn’t tired of it, I can’t really think of anything else to say.  I’m also feeling a bit jumpy: I can’t decide if I should walk on the treadmill some more, sort some laundry, or fix the adaptive optics in my telescope.

Satchel Paige, the immortal Major League baseball pitcher (or possibly it was Winnie the Pooh) once said:

“Sometimes I sits and thinks, and sometimes I just sits.”

I think I’ll just sit and stare blankly into space (pun intended) for a while. Or maybe I’ll make a spot of tea.  I hear they do that a lot at Downton Abbey. 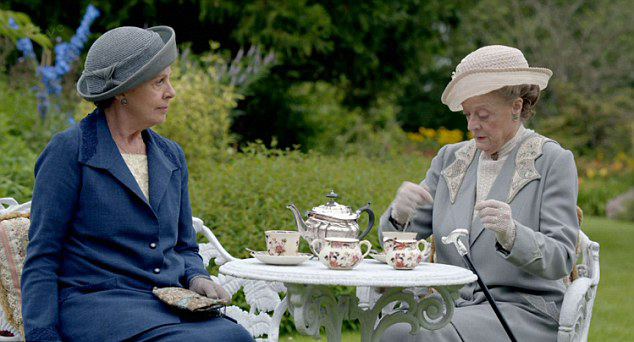