Well it’s been more than two months since my last column and for lack of a better excuse, I’m blaming it mostly on the fact that things have been stressful at work lately and I don’t have a Therapy Dog.  As we all know,  Therapy Dogs are specially trained to provide comfort to a wide range of people these days including shut-ins, sick people,  disaster survivors and accountants.  When things just get too tough, a therapy dog is there to well…mostly just be there, and maybe lick your face once in awhile.

It’s a tough job and not all dogs are up for the task, given the long list of characteristics of a good Therapy Dog.  You can check them (the characteristics) out if you want, but basically a Therapy Dog has to be friendly, tolerant, confident, mature, healthy, self-controlled and focused.

My dog Mickey is a good boy, but he would make a lousy Therapy Dog; he falls a bit short in the focus department.  For example when we’re out playing fetch, he will get the ball and be making his way back toward me when he suddenly stops dead, stares off into the distance with a vacant expression on his face, and lets the ball drop out of his mouth to the ground.  Then I have to go over to him, interrupt his reverie and say, “Mickey!  What the heck are you staring at?  There’s nothing out there.”  Then he’ll blink, give his head a bit of a shake, look up at me in surprise and pick up his ball.

But where was I?

Oh yeah, I need to talk to you about a new trend in veterinary psychiatry: Therapy Dog Burnout.  Apparently Therapy Dogs can burn out, just like human caregivers.  So if you have a Therapy Dog, there are some things you need to be doing to make sure it can continue to perform its service to Humanity in general, and college students in particular.  You need to make sure your dog stays in good physical condition and gets lots of chances to do all the stuff regular dogs do such as wallowing in the decomposing carcasses of badgers and maintaining a healthy stool microbiome by nibbling on random pieces of dog poop.  You also might want to make sure your Therapy Dog flosses regularly, with all that face-licking it will be doing.  Just saying.

Every dog has a favorite toy or two, and Therapy Dogs are no exception.  Mickey, for example, has a bee, and also a spider (not shown).  I don’t know what’s up with the insect theme here; if it was left up to me, I would never buy a stuffed bee or spider for my dog.  But at home, these types of decisions are above my pay grade.

Brinkley, the dog on the right, has possibly just been arrested (note Police Officer on phone in background).  But that’s not my point; my point is that Brinkley too, has a favorite toy that looks like it might be some kind of weird fish.

And look at that other dog, up at the start of this column.  It has a teddy bear.  It also needs a pedicure.

So it’s pretty clear that you need to make sure your Therapy Dog has at least one toy on hand at all times, to stay at the top of its game.

And while we’re on the topic, apparently there are other Therapy Animals,  including horses, cats, guinea pigs, snakes and parrots already out there ministering to people.  The concept of a Therapy Parrot got me thinking, I have to admit.

You: I am so stressed out today.

Your Therapy Parrot:  Awwwk! You’re stressed?  I’m stuck on this perch all day.  Lucy won’t talk to me.  My neck is killing me.  I’m only 5 years old and I’m probably going to live at least another 50 years!  Awwwk!

The idea of a Therapy Cat also works for me, and apparently others, too.  For example, here is an unretouched photo of a  Black Ninja Therapy Cat (on left), hard at work comforting an infant afflicted with Pink Baby Syndrome, by probing its head.  The baby seems to be OK with it though.

But nobody seems to be talking about the possibility that maybe Therapy Dogs should also have their own special Therapy Animals to turn to for comfort, to de-stress and avoid burnout. This is not as far-fetched as you would think. Why couldn’t all these Therapy Animals help each other out?  They could!  Things could get really complicated though, as demonstrated by the following Thought Experiment.  (Remember that Einstein’s Special Theory of Relativity was developed when he started thinking about what would happen if you happened to be riding a beam of light.)

Say you have a Therapy Horse… 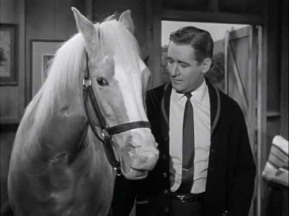 It eventually starts to show signs of burnout such as obsessively watching Mr. Ed reruns and repetitively neighing a bizarre rendition of  Jimi Hendrix’ “Purple Haze,” so you bring in a Therapy Dog.

The Therapy Dog burns out, not only because it’s no picnic babysitting a horse, but also because it hates Jimi Hendrix.  You know all this because the dog has lost  interest in badger carcass-wallowing and poop-gobbling.  Plus it’s laying around all day with its paws over its ears.

Undaunted, you bring in a Therapy Cat to backstop the Therapy Dog, but it too eventually succumbs to the unrelenting stress and starts yowling more-or-less in tune with the horse.  In desperation you recruit a Talk Therapy Parrot.  A Talk Therapy Parrot is pretty much like a regular human therapist but a lot funnier, as it has no filter.  And it’s only a matter of time until the parrot loses it and starts cursing away like a drunken sailor.

You can’t stand all the neighing, moping, ear-covering, slightly off-key yowling, probing and cursing.  You need some peace and quiet.  Logically then, you bring in a nice Therapy Flower such as a Therapy Honeysuckle, to sooth the foul-mouthed Therapy Parrot. 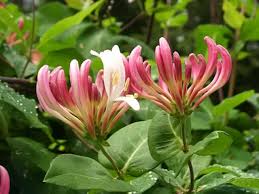 Sooner or later though, the Therapy Honeysuckle needs to be pollinated, so as a last resort you bring in a Therapy Bee.

This turns out to be a genius maneuver; Einstein himself couldn’t have done better.

Husband of Therapy Bee:  Bzzz.  Bzzz. How was your day? Bzzz.

Well, quite frankly, this is getting pretty ridiculous so I want to close now, but I’ll leave you with this simple piece of advice about coping with stress: